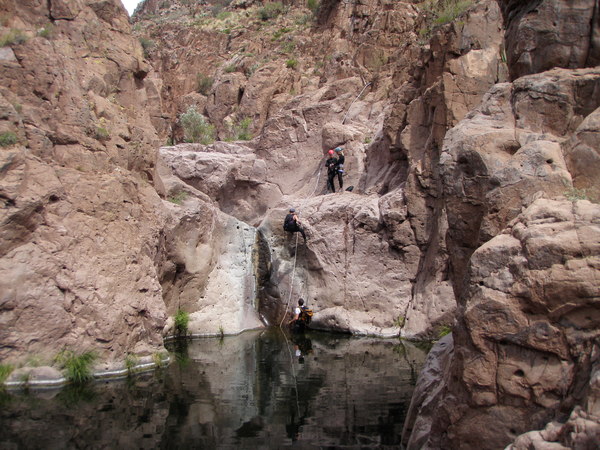 SUPERIOR – Empty storefronts line Main Street, boarded-up reminders of the days when mining made this town’s economy hum. Jobs are scarce for those who aren’t able or willing to drive 30 miles or more west into the Phoenix metropolitan area.

For Mayor Michael O. Hing, it only makes sense to support a plan to mine a huge copper deposit deep below the national forest just east of town. Resolution Copper Mining LLC says the mine would employ hundreds over the next 60-plus years.

“This is an opportunity to allow the company to innovate and create jobs in Superior,” Hing said. “Why would you want to hinder a God-given ore body like that?”

Hing has another reason to support the mine despite concerns raised by Native Americans, conservation groups and some Superior residents: an agreement in which the company promises what could total millions of dollars over the life of the mine provided that he and members of the Town Council formally back the project and continue doing so.

In the “mutual benefits agreement” signed in 2008 and renewed recently, the town pledged its support for federal legislation that would make the mine possible by exchanging protected land in the Tonto National Forest for parcels of comparable value elsewhere in the state. Any official communication opposing the plan to the governor or a member of Arizona’s congressional delegation would void the deal, and the town agreed to provide letters of support to those same officials.

A Cronkite News Service review found that in promoting its plans Resolution Copper has created similar agreements with groups whose opposition could be detrimental:

– Resolution Copper has offered in return for a rock-climbing group’s support to press the federal government to establish alternate climbing sites. It also has proposed paying the group $50,000 to help establish new climbing routes.

– Resolution Copper purchased and made part of the proposed exchange family-owned grassland in southern Arizona and mesquite forest near San Manuel that Audubon Arizona and the Nature Conservancy, among others, want to preserve. Both groups have taken no stand either way on the land exchange.

David Salisbury, CEO of Resolution Copper, said the company has cultivated relationships with groups around the state to try to build consensus and address concerns.

“Anybody that has raised their hand and had an interest we’ve been willing to bring them to the table,” he said. “We recognize that we have an impact and we want to make sure we are playing a part in mitigating, where we can, at least some of those impacts and exercising our civic responsibility as a good corporate citizen.”

“From throwing cash around to trying to get people to withdraw their opposition, the greater public interest is going out the window,” Bahr said.

The negotiations have created sharp divisions within Superior, the rock-climbing advocacy group, local chapters of the Audubon Society and conservation organizations.

More than a mile beneath an area known as Oak Flat lies what Resolution Copper calls the largest untapped copper lode in the U.S. But because an order by President Dwight D. Eisenhower withdrew some of the land from mining, recognizing it as a valuable recreational resource, the company must trade the government land of equal value to take over Oak Flat.

A joint venture of Anglo-Australian mining giants Rio Tinto and BHP Billiton, Resolution Copper has proposed using a technique that would remove the ore by tunneling into the earth. But opponents contend that even with that technique the landscape will subside and the water table will be undermined, drying up surface water and harming wildlife.

Saying the mine would create jobs and boost the state’s economy, Republican Sens. John McCain and Jon Kyl and Democratic Rep. Ann Kirkpatrick, who lost her re-election bid in the district that includes the site, have sponsored bills in the Senate and House that would trade about 2,400 acres at Oak Flat for nine blocks of land elsewhere in Arizona.

Fierce opposition from conservation groups and Native Americans, who consider Oak Flat and its surroundings sacred, helped stall the legislation in the past several years. So did the 2008 indictment of former Rep. Rick Renzi, R-Ariz., whose district included the mine site, on charges that, among other things, he tried to enrich himself and an associate from the exchange.

Doug Kysar, a professor who specializes in environmental law at Yale Law School, said from the perspective of the mining company it’s good corporate citizenship to try to achieve support and consensus.

“Resolution is trying to achieve a broad base of support for the project, and you will hopefully see it in the operations of the mine,” Kysar said.

But Erica Rosenberg, a former staff member of the U.S. House Resources Committee who now works for the advocacy group People United for Parks, said the process in such dealings isn’t very transparent. She called it a “divide-and-conquer” approach to negotiation rather than taking into account the broader public need.

Emotions boiled when Superior Town Council members discussed whether and how to renew the town’s 2008 “mutual benefits agreement” with Resolution Copper, which was set to expire in late December.

Councilman Gilbert Aguilar said he supports the mine but considered the agreement weighted in Resolution Copper’s favor.

“We are all for the mine, but if we don’t check on these things we aren’t doing our jobs,” said Aguilar, who at a later meeting voted for the agreement.

Allocated by a board that includes company officials and Superior residents, the money could be used for “social impact” projects such as promoting tourism, improving parks and bolstering schools.

The land exchange would provide Superior, which is surrounded by federal land, the opportunity to buy from the U.S. government parcels totaling over 550 acres, including its airstrip and other land owned by the U.S. Forest Service. Under its deal with the town, Resolution Copper would make available an $8 million interest-free loan to purchase the land.

The agreement also would transfer to Superior, at no cost, title to the town’s cemetery, which is on federal land.

With the land swap uncertain, community members who support the mine have placed signs of support in windows along Main Street.

But Richard Green, a former council member, said the town is giving away too much by agreeing to not take formal positions against Resolution Copper.

“Signing this agreement could put a muzzle on future councils in order to keep these benefits,” he said.