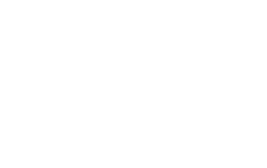 What is the Rally?

The Mongol Rally is an annual “race” that releases some 300 miniature vehicles into the streets of London, hell bent on getting to Ulaanbaatar. There is no route. And really, there is no race either. Each team goes wherever they want, taking as much or as little time as they want, with the hope that eventually they arrive at the finish line in one piece. Most teams finish in between three to five weeks.

What are the Rules?

See the world It’s more fantastic than any dream made or paid for in factories. Ask for no guarantees, ask for no security.
1 Liter Rule The car needs an engine size of less than 1.2 liters. Why? To make sure sh*t happens.
10 Year Rule The car needs to be under 10 years old. The cars are sold at the end of the race for Mongolia charities.
Save the World Rule Each team raises a minimum of £1000. £500 for the official Mongol Rally charity and £500 for any other charities.
You’re on Your Own Rule You get yourself into a mess. You get yourself out of a mess. There are no check points. There is no rescue squad.

What is the Approximate Route?