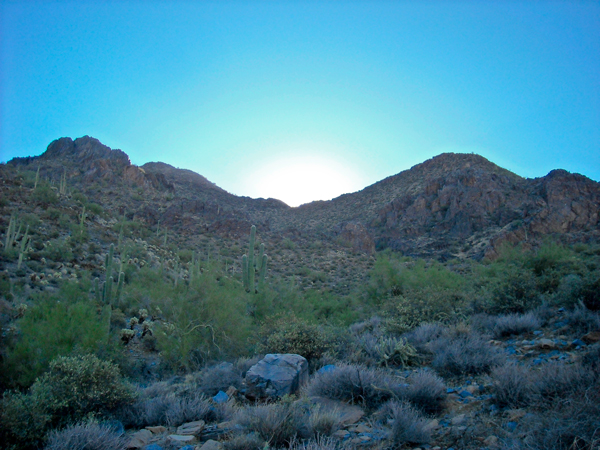 Crews could break ground next spring on a trailhead planned in the Dynamite Foothills area of northeast Scottsdale.

The Tom’s Thumb Trailhead will have 130 parking spaces for cars and horse trailers when it opens next winter, providing new public access into the McDowell Sonoran Preserve.

“Our footprint is going to be pretty minimal,” project manager Robin Rodgers said.

The trailhead at 128th Street and Pinnacle Peak Road will access the Tom’s Thumb Trail, future Marcus Landslide trail and a trail network into the neighboring McDowell Mountain Regional Park.

Twice, Scottsdale voters have agreed to increase taxes to pay for the preserve. The 2004 vote approved an additional 0.15 percent sales-tax increase to fund land acquisition and preserve amenities.

On Tuesday, the Scottsdale City Council will consider approving a site plan for the trailhead. It has been on the city’s radar since 1999, when a city commission endorsed a report describing access areas into the preserve.

Scottsdale has at least eight major and minor access points, including the largest, Gateway, off Thompson Peak Parkway north of Bell Road.

Though outdoors enthusiasts can reach the Tom’s Thumb Trail off 128th Street south of Rio Verde Drive, the roads are not maintained and parking is temporary.

“One of the major reasons for pushing this trailhead forward is to control traffic,” Rodgers said. “People take old roads and they park in the desert. There’s enough traffic there that warrants a need for controlling it a bit.”

Rodgers said the city will need to make improvements along 128th Street to make the unpaved road more passable, “not only for the project, but for construction of the project.”

Scott Hamilton, preserve trails planner for Scottsdale’s preservation division, said the trailhead will access the future Marcus Landslide Trail, scheduled for completion next winter. The trail will head east toward the county’s McDowell Mountain Regional Park then turn south in Scottsdale, he said.

by Beth Duckett, The Arizona Republic