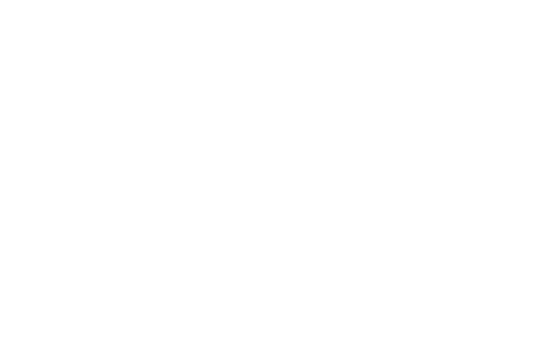 Matthias Kawski walked the Canyon’s edge, staring into the void. He scanned the hillsides and drop-offs and retraced his steps for a sign of his friend and hiking partner, Ioana Hociota. He moved high and low for a line of sight into the abyss, but found nothing.

Kawski had heard a few rocks falling, and the quick, sharp scream that followed, but had little else to go on. He searched until a heavy silence and the truth settled in, until his legs felt like jelly and there was nothing to do but walk.

He walked nameless hills near the Grand Canyon’s west end, across lonely ravines and boulder fields, over thin game trails that vanished into thickets of sage and Mormon tea. He struggled over talus slopes and looked for a break in the cliffs above, with nothing but his footsteps to break the silence.

Few people have hiked the length of Grand Canyon National Park. Had Hociota finished her hike, she probably would have been the 17th person, and the youngest woman, to do so. Hociota, 24, had degrees in mathematics and biology and spoke four languages. A Romanian immigrant, she ran marathons and ultramarathons, traveled often, wrote poetry and had a large circle of friends.

“She was so full of life,” said Rich Rudow, a friend who has explored numerous slots in the Canyon. “Most people in life have these constraints. Ioana wasn’t like that.”

Hociota did not set out to hike the length of the Grand Canyon. She came up with the idea one day when she was looking at a map with her husband, Andrew Holycross. The two had come to love the Canyon together. She was 18 when they met; he, 41.

“I had done maybe four hikes in the Grand Canyon before I met her,” Holycross said. A year after they met, they hiked into the Canyon.

“She had never been backpacking before in her life,” Holycross said. “But she took to it with glee and abandon.”

Hociota smiled the whole way down and back.

“It was something that bonded us even more,” Holycross said on the patio of Nello’s Restaurant in Tempe, where he and Hociota used to have dinner. They started doing two or three Canyon trips a year, almost always with friends.

“There’s this whole culture to it, and this camaraderie. … So it wasn’t just about us. It was about our love for friends and our love for the outdoors.”

They plotted their hikes on a map. One day they realized that they were on track to join the handful of people — there is no official governing body — who had hiked the length of the Canyon.

“I think some people out there feel like they’re out there to conquer the Canyon,” Holycross said. “But I never felt that, and I don’t think she did either. I think we enjoyed challenging ourselves.”

Once, they had tickets to San Francisco but no money, so they took their backpacks and slept in parks and on rooftops. They spent 10 days in France and Italy living out of a rented car and got engaged on a glacier on Mont Blanc. They were married at the Grand Canyon.

“I look back on 5½, almost six years, and I’m amazed at what we crammed into it,” said Holycross, who teaches biology at Arizona State University and Mesa Community College.

“I’d give anything to have her back. You try to make sense of something senseless, and it’s just a freak accident, and you can’t. It just shakes your foundation.”

Kawski hadn’t planned to walk with Hociota. She had lined up a couple of partners, but she kept inviting Kawski, a math professor at ASU, and eventually she persuaded him to come along. When the other two hikers dropped out, it was just Hociota and Kawski.

The goal was to loop around Great Thumb Mesa, a skinny finger of land on a bend in the river in the western end of the Canyon. It’s on the South Rim, roughly opposite the Thunder River-Tapeats Creek area of the North Rim. Their route was 16 miles, divided into two 8-mile days. They would start Feb. 24 and hike out on Feb. 26.

There are no trails here, but Holycross had done this route, and Kawski and Hociota had hiked in the area before. They knew, more or less, what to expect. The hike would take them down a cairned passage known as the “cave route.” From there, they would travel cross-country in and out of remote bays.

There was nothing that required rope or technical gear. They followed basic rules. Stay away from the edge. Go high, so that in the event of a slip, brush would break a fall.

“It was something where you wouldn’t send beginners on, but we never felt uncomfortable,” Kawski said as he traced the route on a map at home. It was a large, laminated map of the Canyon’s geology. They traveled the blue sections, meaning there was a lot of red rock, which hikers love for its beauty and its potholes, which capture rainwater. It was a warm, sunny day. The forecast called for wind, which did not come.

Kawski moved from the map to a laptop on the dining table, showing photos, talking in his German accent about their first lunch break on the slickrock.

“We had Spanish ham. A baguette. Lots of cheeses. You see her big smile. It was just going to be a perfect day,” he said.

By the time they made camp, they had covered 8 miles with nothing more than a few scratches.

“There was water everywhere,” Kawski said. They had borrowed a satellite phone from Rudow, and Hociota called Holycross. Later, she wrote in her journal, “I miss Iubi.” I miss my love.

The Grand Canyon attracts a small but dedicated group of hikers who explore its remote expanses. Some hike cross-country or climb buttes and peaks. Others explore slots, the canyons within the Canyon. Rudow said he has spent 500 days below the rim, covering about 5,000 miles and descending 134 slots.

“The logistics of these hikes can get pretty daunting,” Rudow said. “The people who go into these remote places tend to be meticulous planners.

“Ioana had been taken under the wing of some folks who really knew what they were doing. She accomplished in five years what took me 15 years.”

There are few guidebooks for such hikes because few people have done them. One of those people, Harvey Butchart, logged 12,000 miles in the Canyon and was the first person known to walk the Grand Canyon from end to end. Butchart wrote a few thin books on routes and trails, and his logs fill an entire special collection at Northern Arizona University. Although he was consistent about keeping records, they were brief.

“I would say Harvey is a man of just enough words,” Holycross said.

Another Canyon pioneer, George Steck, was a master of loop hikes. Steck, too, walked the length of the park. Off-trail hikers scan Butchart’s and Steck’s records, exchange information and study maps. They use Google Earth. They leave food caches. They learn water sources and usually travel in winter, when storms fill waterholes and weather is cool. They sort gear at trailheads, shaving ounces, sometimes leaving tents behind to save weight. They spend a lot of time talking to people in the park’s backcountry office.

“It’s beyond what most people are willing to go through,” Rudow said.

The next day, Kawski and Hociota walked along shaded slopes under Great Thumb Mesa, pushing through patches of snow as they made their way west toward Owl Eyes Canyon. Hiking without trails is not easy. Steep hillsides, deep drainages and brushy sections take their toll.

“You hope to find some deer trails or sheep trails,” Kawski said, but when the game trails play out, you must find some other way.

“It gets very tiresome,” he said.

He scouted ahead to a saddle, a slanted knob of rock and scrub. It would take a lot of energy to get over it, he thought as they walked. He picked his route, even picked a spot to eat lunch in sunlight, where they could rest before taking on the saddle.

They ate the sausages and cheeses. They had a view of the Colorado River and plenty of daylight. In photos, Hociota is barefoot — drying her feet to prevent blisters — and smiling for the camera.

They finished lunch and started walking. Kawski went high. Hociota was just below and a little behind him, trying to find a route on a bench, where the walking was easier. They were about 150 feet apart.

“I was really bushwhacking, so I can’t hear,” he said. “Then I heard a few rolling rocks … like a bighorn sheep. The scream was very sharp and like a bird’s. And then I heard a thump,” he said, banging the table with his hand.

He called out and heard nothing but silence; he looked and looked but saw nothing but the Canyon’s stony maw. He searched until there was nothing to do but walk. The terrain was rugged and brushy, a tangle of scrub hills and ravines. Horse trails appeared and then vanished. He found water and made camp for the night, just below the band of cliffs he would have to ascend the next morning.

“I was scared. I was freakin’ scared,” Kawski said. He drifted in and out of sleep.

By the time Kawski started for the top the next morning, Holycross was waiting at the South Rim. He had become concerned the night before, though he couldn’t say why.

Still, Holycross had a bad feeling.

He and Rudow were supposed to meet Kawski and Hociota at about noon Sunday, but Holycross couldn’t wait. The men arrived at the Canyon around 2:30 a.m. and went to bed by 3. They didn’t sleep much.

When it got light, they scanned the route with binoculars and saw nothing. After a while, they changed their position and kept looking, then went back to their original spot. They had talked about contacting search and rescue when Holycross looked over the edge one last time and heard Kawski yell — “but I thought it was a celebratory yell.”

Kawski was barely within earshot, but they soon realized he was calling for help.

Rudow went down to help Kawski. They used a cellphone and satellite text-message unit and got word to the park service, which immediately sent a helicopter. There was little chance Hociota had survived the fall, much less the 24 hours that had passed, but if she had, they needed to get there quickly. They found her about 300 feet below where she fell.

“Nobody wanted to believe she had died,” Rudow said. “When you’re around someone like that, you don’t want to believe they can die.”

How Hociota fell is not clear. There was a chute, a steep slope of loose rock that acted as a funnel into the abyss. Holycross saw a fresh break in a rock slab above the chute and wondered whether she stepped on the rock and it gave way. Rudow wondered whether she tripped, or slipped.

Freak accidents are rare in the Canyon, but they happen.

Hundreds came to the funeral.

“She inspired a lot of people, and that was clear at the funeral. … People got up and talked about how she touched their lives,” Holycross said.

Rudow and Kawski and Holycross have been back to the Canyon since Hociota died, and they plan to go again.

Holycross said he and Hociota sometimes wondered whether they should stay home more, maybe take up gardening, but it didn’t seem like a good fit. The world was out there, with its open spaces, and the grandest canyon of all.

“I don’t think you can engage in life unless you leave your house,” Holycross said. “I think that’s the lesson of her life: Live authentically.

“You want to be happy? Follow your bliss. For some people, that’s going to mean having a garden. For others, it’s going to be the Grand Canyon.”