Always bring a GPS or Topo 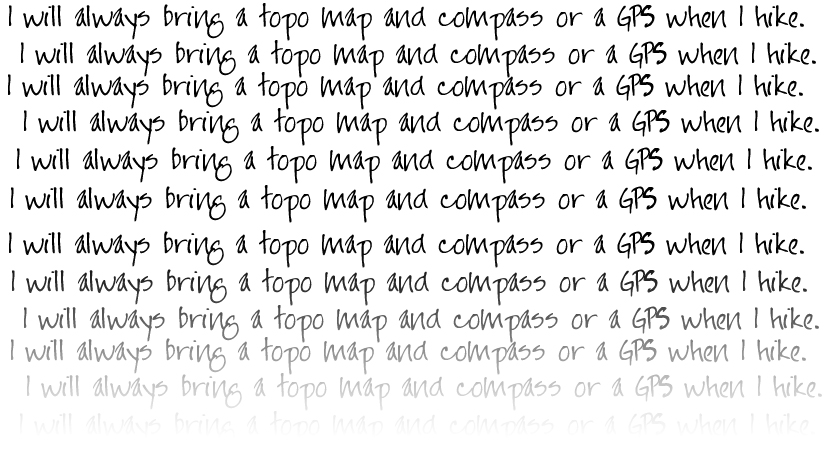 You maybe be wondering why I am writing sentences, I believe if you read them you will know why… Let me tell you a story.

We set out Saturday morning from Phoenix to hike in the Chiricahua mountains southeast of Tucson. We used a trail description I had found online. I had a topo map and compass, but I woke up late and rushed out the door and forgot them (No big deal, someone always brings a GPS or a map – first mistake.). Upon arriving in the region I discovered that we weren’t hiking in the National park. We were hiking south of it. We found the trailhead easily enough and headed out. We hiked the 4000 ft up to Chiricahua Peak (9757 Ft). The description was easy to follow up to this point. However, once we descended the peak we took a wrong turn. We headed south from the first intersection not the intersection of Mormon Ridge trail and Chiricahua Peak. We  walked out on a ridge that was covered in downed trees and black sticks. We continued on the well marked trail around the hill we were on instead of heading down the Monte Vista Peak Trail. After 1.5 miles we came to another intersection. None of the fallen signs matched the trails on our description except Crest trail, so we continued – mistake 2 (The sign was on the ground and we picked it up and assumed it was pointing the right way).

We ended up in Price Canyon which is a Coyote Highway for smuggling illegal immigrants. It was trashed, fallen logs were all over the faint trail as well as clothing, food containers and evidence of crimes against the immigrants marked by rape trees. We really should have headed back, but it was getting late and the description seemed accurate except for the trail names which were on knocked down and on burned signs. Also, the sky was completely overcast so there was no sun to tell which direction we were going, we all correctly assumed south/south east.

We headed farther down the canyon because a sign said there was a road four miles ahead. There was no road. We came upon another intersection which had a sign for Price Canyon Ranch seven miles. So we bolted off in that direction. We got to the road and continued along it for about five miles until we got a cell signal and emailed a friend who sent out Search and Rescue to us. They found us drinking margaritas at the Price Canyon Dude Ranch.

We were the 11th group to be rescued from the Chiricahuas in May. However, we were the only group that got out and found them. They rescued the other ten groups by hiking and/or flying up into the mountains.

Always, always, always bring a topo map or GPS with extra batteries…oh and I wouldn’t recommend hiking our route until the Forest Service/Authorities can get in there and clean/restore it. It is beautiful, but not safe with the criminal activity.